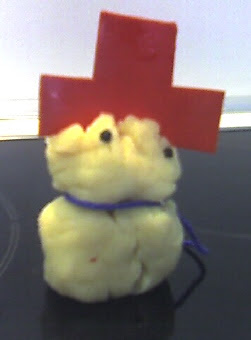 ****This is the closest we have gotten to snow in CT but it sure is BLERRY KOUD man!!!

{Maxi's creative rendition of a Snow man} He brought it home from school of Friday and proudly announced he had made something: "BEAUTIFUL mama {his fav word} but it is not real snow mama....just play dough"


Hey guys! I know I've been MIA of late... but I in all honesty I have been a bit blogged out and decided to give it a break for a day or two. Now I feel all inspired again to WOW! you with my profoundly intellectual thoughts and opinions about life.........LOL! that's the joke of the decade. It sounded good tho' didn't it??????

It has been raining and hailing buckets this weekend...but the Watson's weren't afraid!!! We ventured out and FUN was had by all for a change. I won't go into a lengthy expose about what we got up to...other than we were not phased by the icey conditions ....hopefully the pictures will tell the story...{mostly for the relatives....I will not be offended if you log off now!} 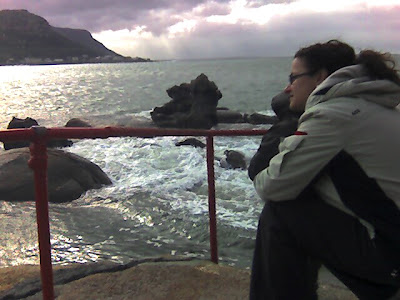 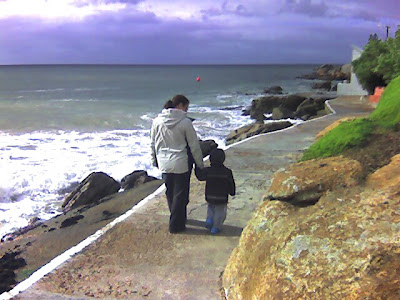 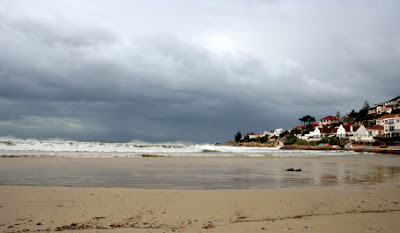 There were guys surfing off the swimming beach...very unusual, for Fishhoek but it is a result of the hectic weather that has assaulted the peninsular. Walking along the promenade near the place we believe that poor old lady died after being snacked by a great white...left us bothfeeling quite creep'ed out and what makes it worse just beyond that there are surfers looking rather appetizing in black wetties. It is hard not to imagine that it could happen again, anytime soon....if it does, we don't want to be anywhere near that promenade.

The "boy" had a blast on the swings....he had the play area all to himself for a change. Probably because it was raining...hahaha>>>>>>>> 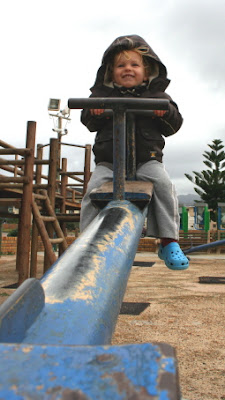 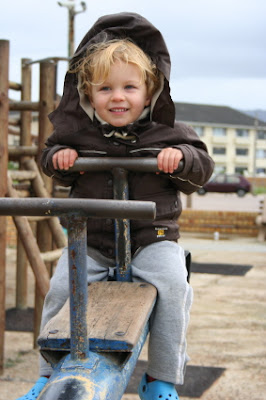 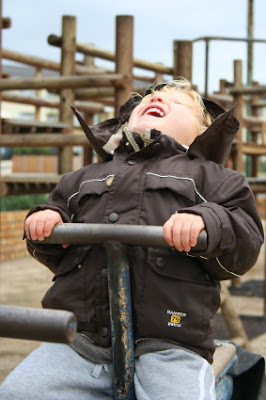 It was Cass's 9th Birthday yesterday. She and a group of friends went iceskating at Grand West...the pics are a bit dark {taken with cell fone} but it will give you a feel for what it was like. Tersh said she is a natural skater and got the hang of being on the ice real quick>>>>>> 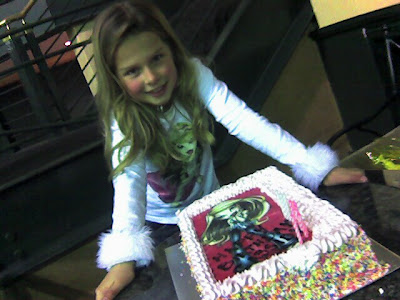 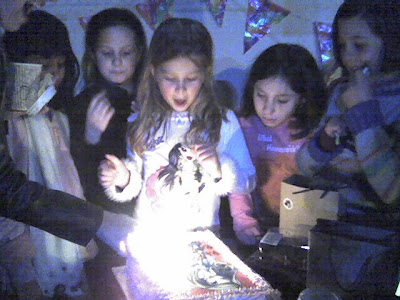 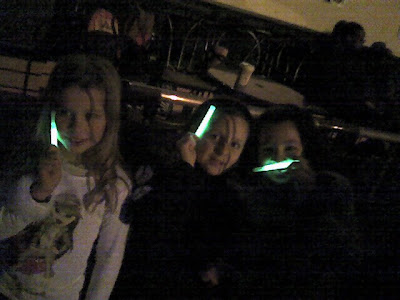 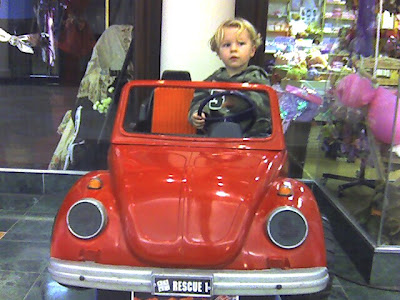 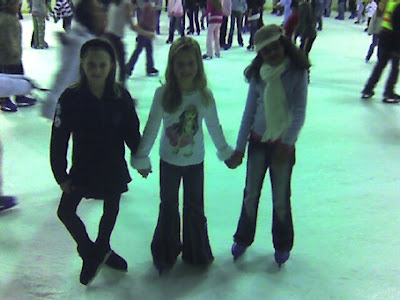 Today was officially Maxi's 1st week of "NO NAPPIES"!!! yehaaah! cried the mama. He hasn't needed a nappy for nap times for about 3 weeks now {in other words he wakes up dry} but I was nervous to let try him without, just in case of accidents.
Well it has worked, 'cos he proudly announced that nappies are for babies...and "I am a big boy mama....we can give all those nappies to Aunty Mel for Baby Levi to use!" and that was that. Reward was a ride on the VW @ Constantia Village and a new Big Mac transport truck {another for his collection of characters from the movie Cars}......my baby is all grown up!!!

Well folks I have been blogging for so long tonight there is no time left to work on my scrapbook page that has to be in TOMORROW @ 12! Blast! Means an early start for me in the AM.......hahahah love to see that happen!

Email ThisBlogThis!Share to TwitterShare to FacebookShare to Pinterest
Tags: Family life, Winter activities in the Cape