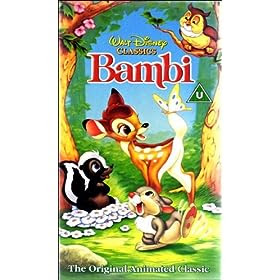 I forget that because Max has such an advanced grasp of spoken language, that he is only just 4yrs old after all. The little wise nuggets that pass from his lips, often leave me astounded. Like the other morning.....he woke up early & snuggled in bed with us for a bit before we got ready for the day. In the dark he whispered to me, the following:

"Mama...I was thinking....I don't think Bambi (he had watched Bambi #2 that day before on DVD) realised that those hunters were tricking him. He was confused by that whistle that sounded just like his Mum calling. But it wasn't his Mum because his Mum was dead....she was in heaven after those yucky hunters shot her. And he froze...just like this (he proceeded to act frozen stiff)...even though his Father called & called him to run away. Then his Father boofed him over & he remembered to run into the forest. Mama,afterwards, I think he was embarrassed that he froze.......hmmm yes, I think he was embarrassed!!"

Words like......realised, confused, embarrassed......weren't words I expected to hear from his mouth until he was in at least grade 2. I have now realised (haha!) that we must never underestimate the power of spoken language in the form of stories, they absorb & assimilate every word spoken to them. Maxi is proof of that.
So during one of those tear-your-hair-out moments when my articulate 4yr old is having a hissy fit in the library because his favourite book is out & all the mommies in the vicinity are looking at me with that look of absolute pity & disapproval. I will endeavor to remember that he uses the words realised, confused, embarrassed in every day sentences. :o) :o)
XXX
at 7:56 PM

Email ThisBlogThis!Share to TwitterShare to FacebookShare to Pinterest
Tags: Family life., Life with a 4yr old