We had a cool weekend past....the weather was a scorching 30 degrees C & we found out the hard way that factor 30 suncream doesn't work!!! Thankfully it was only me with my open neck top that got burned...the guys got off lightly. I'll go for factor 50 for sure next time.

It was Carnival day @ Cass's school, where no expense was spared to put on the slick well organised fair. The only dampener was that everything was horribly overpriced...& we felt well & truly ripped off; firstly by the entrance fee & then by the price of tickets for the rides. I kept having to remind myself it was all for a good cause. Funny how even though I knew that, it still made me feel used.

We met Cass there...she was dressed to the nines, with a bunch of equally dolled up tween buddies. They were strutting their stuff in their micro shorts, leggings, gold pumps, large sunnies & mini handbags. I have to tell you, I was EDU+CATED about how 'not-with it' I am when it comes to what the girls consider to be cool fashion. I thinking I'm going to have to brush up a bit, otherwise Cass is going to seriously think I am a total fashion dweeb :o)

I am about to show you photo's from the day but you will notice that she doesn't feature much, reason being:  I was told that at school...'Mom's aren't cool, especially if they are weilding a camera, so I was to stay with Daddy & NOT take any pictures'.  I did lay low...well almost....*sly wink*, except she caught me :o)
This is the only pic I have of Cas...notice her defensive body
language...hahahaha! I thought I'd gotten away with her not seeing me.
(she's on the right & her buddy is on the left) 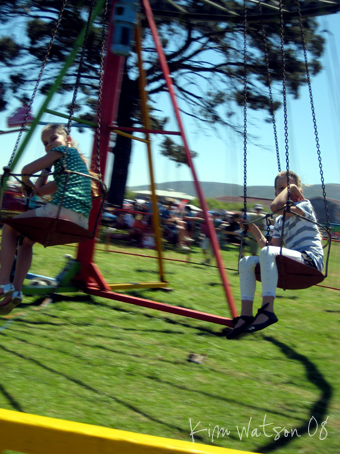 Max on the other hand, had the time of his young life....& being limited to three rides (on account of the expence) made his choice carefully....well we thought so at the time.

First it was the rocket ships.... 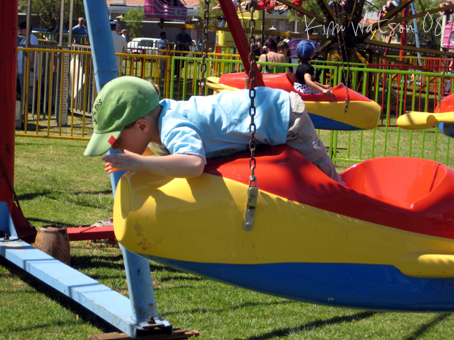 He of course did it his way...which almost shattered  my nerves. I threw my name away by yelling at the top of my lungs for him to 'Stop standing...& sit the heck down!!' ...all he did was grin at me with absolute glee on his face...little blighter!!! 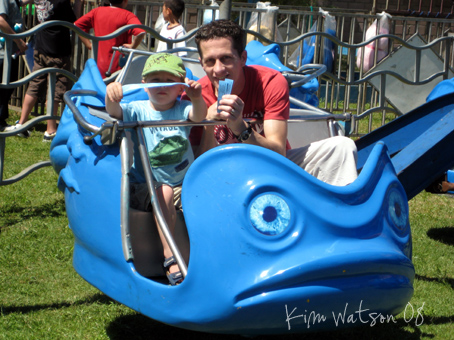 Then it was the octopus....which only made him more manic with excitement. My frayed nerves were only marginally calmed by Tersh being on it with him. 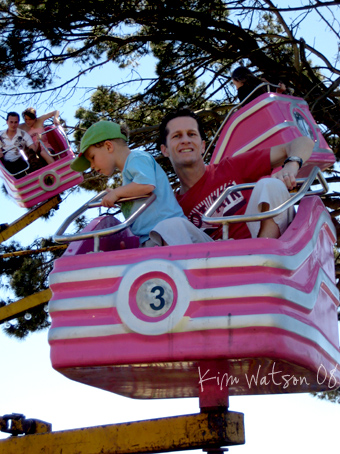 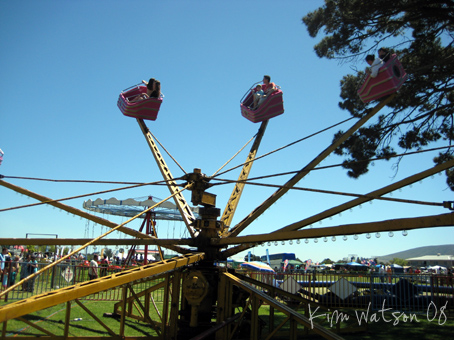 It was so bad watching from the ground, that I almost needed a medic. What made it worse was the height of the darn thing, together with Max's lighter weight & the velocity of the spinning; Tersh had a really tough time keeping him in the bucket & I saw panic on his face (t's) more than once. Max on the other hand looked as though he was in boy heaven.... with (almost* I hope) no fear. I never thought in a million years that at 4 years he would be OK to go on rides like this.....he's got no problem with heights, this I know for sure. His need for adrenalin, we will have to deal with as it arises. Right now I prefer denial...from now on as far as Max is concerned, 'the carnival is never coming back to Cape Town'. I'll need at least a year to recover from this one.
The hightlight of the day was the ULTRA cool bikes & racing cars on display. Even I enjoyed looking at them. Tersh said I can't have a Harley Davidson....:o) 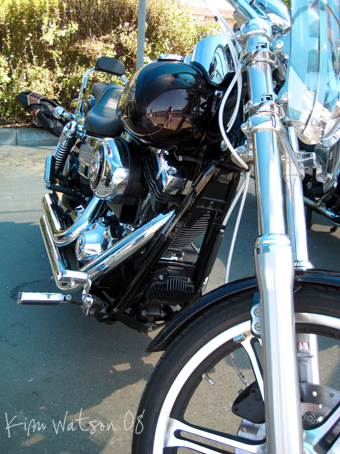 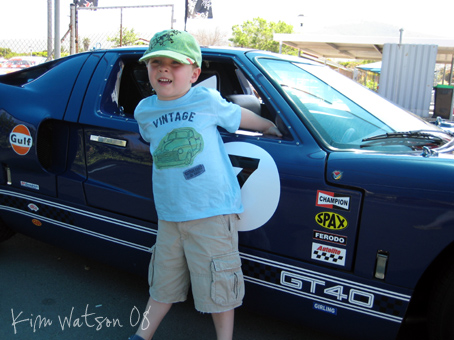 This was Max's favourite car...he has been telling us about it ever since....the make, colour, spec's, special features.....Yup! he's memorised them all....it's his 'thing' in life to know all about cars. Cute huh?

Well lovely ones....that's all for now. I thought I'd quickly drop you a line while I was waiting for my paint to dry.....yes literally.I have a ton of L.O's due this week; so I am scrapping myself into a coma and the one I am busy with has paint on it. I know...I am stepping right out there by adding paint hahaha! but I've gotta get over my fear of messing them up sometime hey?

So have a super dooper day!
Chat soon.
KJ