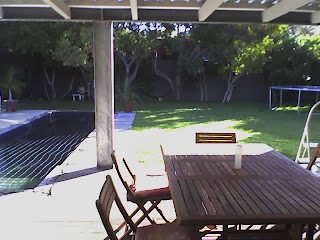 As promised I said I would post some more pic's after our walk to the "Giant Excavator". It was such fun.... {please bear in mind that I am taking photo's for my blog with my cell phone, for speed and ease, so they aren't the best}.

These were taken on my trip to the front door. The "stoep with trampoline" in far right corner. You should see ,moi, doing very intricate tricks on that piece of sophisticated equipment, something to be marveled at I tell you.
......marvel at how I come off alive, is more like it. Hahahaha!

A pic of the house as we walked towards the road. 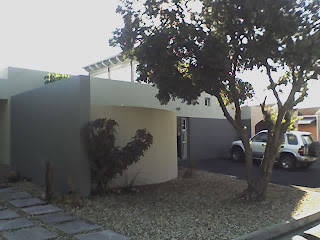 As you will see the electric fencing is so subtle you
can't even see it. Hmmmm dumb pic..oh well it is
in so it must stay. 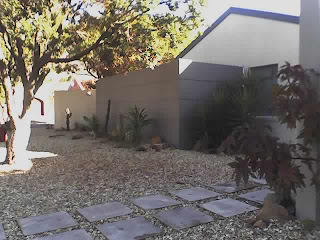 This is the view looking towards the "loft-office", with T's white bomber in the drive. Again verrry subtle electric fencing.

Our walk there was relaxed with little Poepie talking non-stop.....he has at least 8000 words to use up in a day, so he was doing some serious catching up. I found him a cotton zip up sweater at Woolies last week that looks so cool and 'big boy" and it only cost R65.....he looks cute hey? 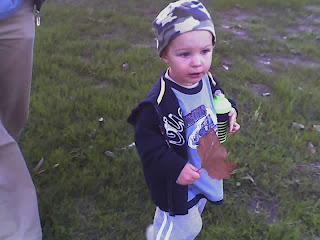 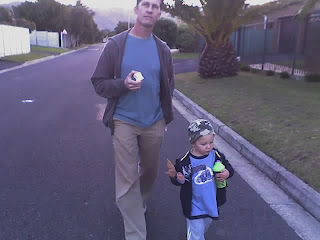 
With all the insane rain we have been having here in CT, the council deduced that they better dredge the canals while they can, to avoid any more floods {what do you know...someone in council actually cares} , to do this they use one of those huge long armed diggers...{Maxi calls it a Giant Excavator, from his digger magazine, care of his "Pops"} so the next couple of pic's are of the piles of crud they dig out of the canals and the digger. Max was so excited he couldn't stop bouncing, hence there are very few pics of him stationary. 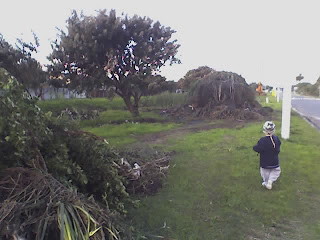 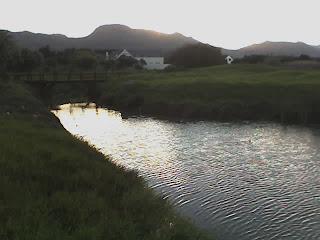 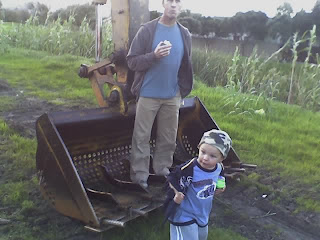 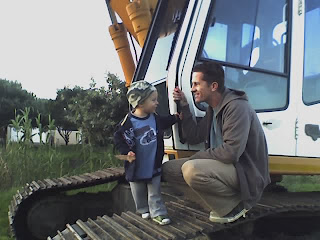 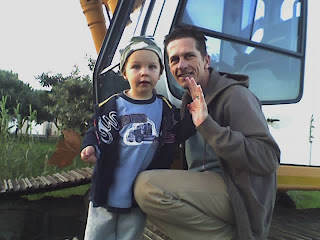 We were quite happy messing around with the digger when we noticed Maxi opening the door to a yellow porta-potty sitting next to the digger. We assumed it was just that. Well we were wrong, it was a bright yellow guard house/porta-loo combo with a poor man sitting inside. Next thing we see Moeks disappear inside the door, he happily struck up a conversation with this poor lonely uncle and gave him his oak leaf as a present. I look again and Tersh too has disappeared inside that dreaded yellow door. Flip I thought now what? The three of them sat together in the porta-loo and shot the breeze. Never thought I'd see a sight like that is my short life. The uncles name was Doo-doo.....go figger...sitting in a loo of all places. Anyway he was from the Congo and he had taken a job as a guard in an attempt to save enough money to go back to the Congo to be with his family. He has been here for 5 years and he said the money is terrible. Shame we felt so sorry for him sitting in his cold yellow box all night that we went back a little later and took him a hot meal and some coffee. We used it as an opportunity for Maxi to see us sharing God's goodness with someone else. 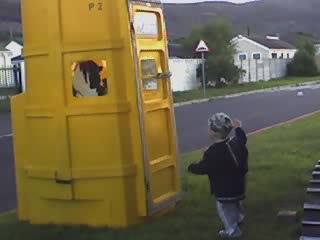 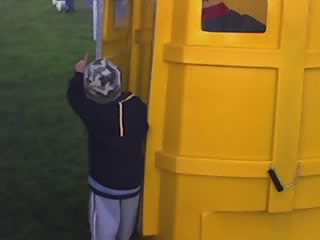 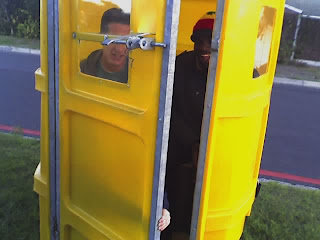 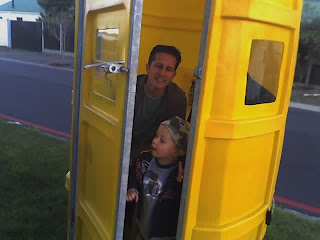 Bath and bedtime run was the usual fun and games with puzzle/stories and romping. We had hair washing tonight.....yaaaay! with Maxi being sick the last week we didn't dare wash his hair.
Pheeeu! boys sure can get stinky with the amount of sweating they do at school. Pops, please note the slicked nerd look...not for long tho' but at least now it has been immortalized on 'film'. Mumsie look, the space book was out AGAIN tonight. I never knew what a Nebular or a Quasar was before.....now Max will know by the time he is 4...hahahah! He loves the loo in the space shuttle with it's little door that opens and shuts.
Toilet humor sure starts young. 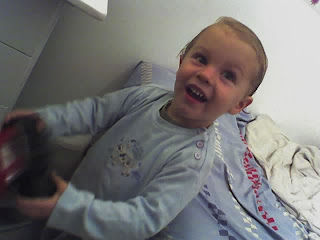 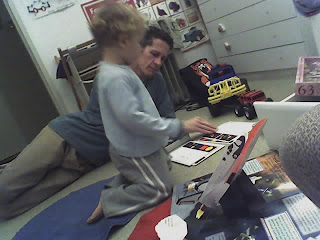 Mama and Maxi playing "Big eye's" like we did as kids. Stevie do you remember that
game?
This piccie is a peak into Maxi's room....CARNAGE!!! 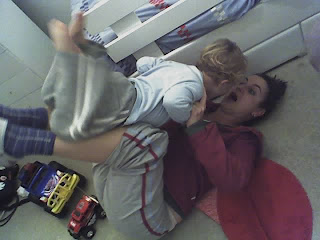 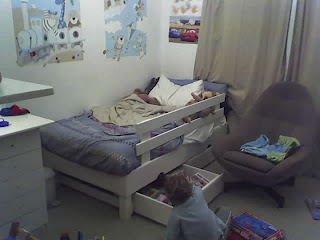 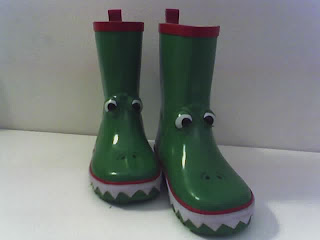 Every boy has to have Alligator boots.
These are the new addition to the Watson family.

Well that's enough for today folks. I'd say I have made up for lost time and seriously caught up. Hopefully I will be able to post some more scrapping L.O's in the weeks to come. I have been in a bit rut of late and haven't done much.

Well sleep tite and count your blessings were you recognize them because i am VERY grateful that I am not Doo-Doo tonight in his little yellow box.

Lots of luv and an Ooooh-aaaaah from Maxi.
XOXOXO
at 9:20 PM