There is a first time for everything!

Oh, and indeed there is! We went to the movies yesterday....with Max, for the very first time & got to watch the whole thing from start to finish! Oh I do recall now that we did try about a year ago......WRONG thing to do to a 2yr old.....he harrassed the x2 boys in front of us to the point of distraction and then bolted out the door in search of the fishes in the pet shop....to the great relief of the audience, I might add. We vowed never to try that again until yesterday.

We went to see Pixar's~ Ratatouille.

What a piece of creative genius....the story line was a bit sophisticated for a young audience but the rats antics kept them entertained, while the big people laughed themselves silly. Maxi kept me on my toes throughout the whole movie by asking at the top of his voice....."WHAT'S THAT MAMA????", I did the responsible parental thing & attempted to explain to him that it is rude to make so much noise and to ssshhhhh! That started a whole new thing off with him, he proceeded to tel everyone within earshot, to SSSSHHHH! & stop making a noise! Admittedly I was stumped after that, as to what to do, so opted for the 'pretend you don't know who the heck that noisy kid is' routine.......I somehow don't think I had them fooled though. I am pleased to say that we might just try that again sometime soon......I'll go armed with ear plugs which should sort out the noise issue.....for me anyway hahaha!


Do any of you like a bit of silly fun????? I found this totally cool site where you can create anything from old Arni babes or even the Pope, thinking or saying whatever pop's into your mind..... to vinyl L.P's & cassette tapes with your own 'stuff printed' on them. Most of us are scrappers and I was thinking that used in the right context they could become a really FUN embellishment to add to a page. What do you think???

Although in case you are worried about what I am planning to scrap next...... the "real people" page, is just for kicks & a whole lot of laughs. They used to have Chuck Norris on there too, but I am sad to say I couldn't find him tonight. Over the past couple of weeks my brother and I have had plenty of fun 'making' him say stuff the dumbest stuff we could come up with.
Well we thought it was funny @ the time. LOL! 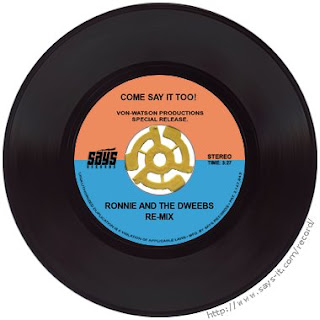 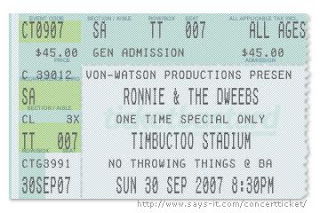 Well girls, I must get some photo's printed, so have fun & I will hopefully chat again tomorrow.
Nite-nite
XXXX