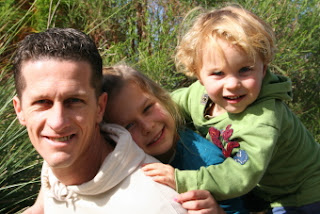 In case you might be remotely interested, ours wasn't half bad. We did all sorts of "family" stuff and enjoyed it thoroughly Most of our laughs came from our slightly loopy kids. Yesterday we had the neighbours kids over to play. Fun was had by all parties {except maybe little Liam~5yrs old and over a head taller than M}. Maxi is so full of poep when it comes to Liam.....he harasses him, baits him, bosses him around, abuses {in the form of thrown objects} him, chases him, teases him....and poor old Liam can't fight his own battles, so I got......every 2 minutes.

It is so hard not to yell at the little guy to "GO SORT MAXI OUT, HE IS ONLY 3!" I heard Tersh snigger more than once, overhearing my restrained explanations to Liam about; "how right he was about Maxi's inappropriate behaviour, and that I will have a talk to him".

Mmmmmm evidence of things to come, I think????

Talking about evidence.....Maxi came skipping up to me half naked....sing-songing:

"I need a staaaaaar for maaa star chart, a loverrrly silver staaar for maaa staar chaaart....da-da-dadeeeda!"
The 'trying-to-be-consistant-mama' I am, gushed the appropriate response by applauding loudly and asked which loo he had just used.

"Come see my poo mama", says a very chirpy Max. So was the mama, until I got to the bathroom in question. 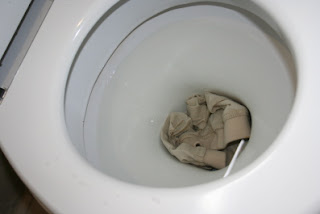 Resourceful boy had definitely used the loo successfully but had also had an accident in the undies just before this. So he thought the best way to fix the little accident was to FLUSH!!!!!

....flush everything involved down to the ocean, pants and undies included. The water level in the loo had gone way past the stop mark, due to the foreign blockage and carnage had ensued.

As the responsible Mama, I handled the situation really well I think and yelled HUNNIE! at the top of my voice. That brought Tersh running, sent Maxi into hiding, while I quietly retreated to the safety of my scrap table, while they mopped up. {Not after I got visual evidence tho'}.

After a stern reprimand, trying not to laugh hysterically, things got back to normal and Maxi went in search of poor Liam again. 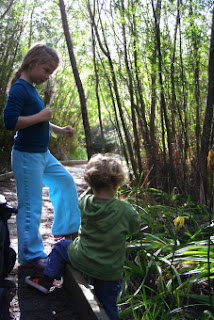 Today followed close on the loopy heels of yesterday. The minute we saw the weather break and reveal a hint of blue, we piled into the car and headed up to Silvermine for a hike around the dam. It is a great way for the kids to let off steam after being cooped up inside on account of the rain. Maxi took his scooter which Cass {as big as she is} wrestled from him every opportunity she got, to ride on the deck path that circles the water. It was a relaxed time for the big-un's too with many laughs.
Maxi doing his ablutions in a bush set back from the path, was almost too much for Cass to deal with, especially as the peanut gallery with his butt in the Fynbos, kept us updated minute-by-minute of his progress. {Toilet humour again, I know, but we have a boy in our home, need I say more?}
They played and horsed really nicely together even with the 6yr age gap. 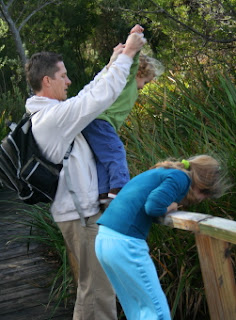 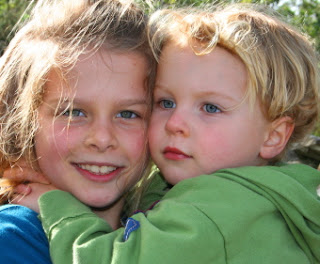 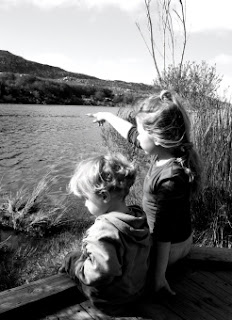 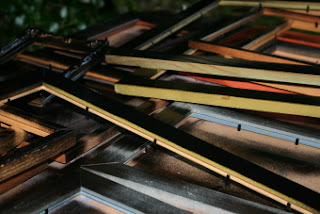 We got home, Tersh started his project of repainting all of our millions of picture frames, black. We are on a mission to start our family gallery of B&W pic's. So this is the first step. Yaaaay!
While my sweet husband tinkered I supervised the kids.......


..........................swimming!
You read right. Cas asked, I said yes, she nearly fainted at my response but recovered fast and didn't lose a second in getting her cozzie on. {Max too by the way}. I thought what the heck.....they probably won't make it past their big toes anyway. Ooooh how wrong I was! The contrast of it, was so ludicrous it is almost unbelievable, that they actually got in the water. Inside there was a huge fire in the fireplace and outside it was 13 degrees and FREEZING!!!! 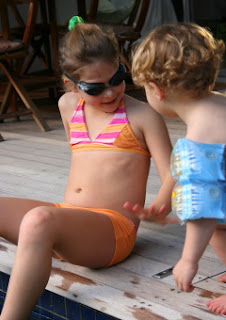 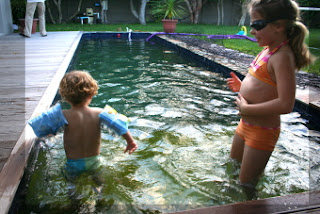 In case you were wondering if Cass has had a recent surge of hormones.....nope just plastic balls. She doesn't let up for a second with her pranks.
She will make her Uncle Brian proud. 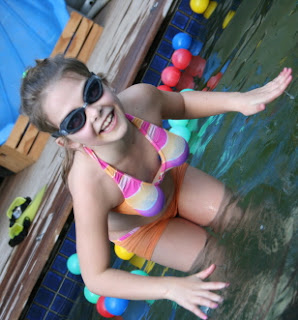 The tell-tale scream is a great gauge of just how cold the water actually is. As you can see Maxi is so smitten with his sister, he is right behind her, oblivious to the fact that the water is just 12 degrees.

Devotion in its purest form. Lord help us!!!! 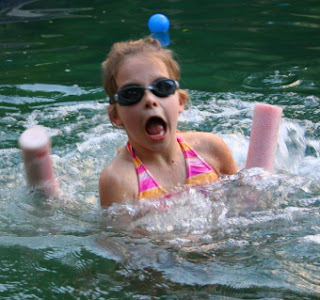 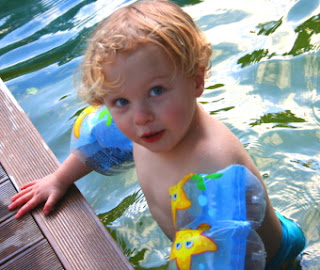 Thankfully they didn't put up much of a protest about getting in a hot bath afterwards. The only condition was however, that they wanted to bath with goggles on. Ok, my kids are weird......but really cute, even if I say so myself. 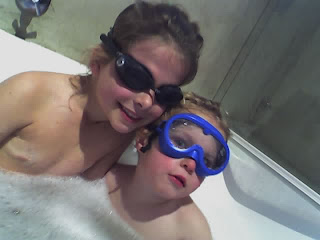 So all in all a lovely weekend was had by all in the Watson household. Hardly any grumpy faces, not many "to-the-bathroom" occasions, no 8yr old tantrums and lots of fun. A necessity for us with all the insane work deadlines approaching over the next 2 weeks. The phone has been ringing off the hook with new work, God showing off in our lives, I know. We are grateful but nervous just the same. I need to keep my focus on Him over the little while rather than the looming deadlines. So guys, if you see me sliding towards a melt down, please feel free to remind me of the who and how. Ok?

Well I am nakkered, gotta hit the feathers.
Lotsa luv
X
at 9:14 PM